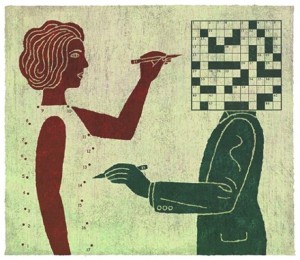 This week I have been thinking a lot about gender. I gave the first lecture for my module ‘Gendering the Past’ and I also attended the final day of the British Academy-sponsored event ‘Is gender still relevant?’ at the University of Bradford. The conference’s aims were twofold. Firstly, it aimed to consider if gender still plays an important role in historical research. Secondly, it set out to consider the gendered practices/structures of universities. The final session of the day was especially thought provoking. Papers to note were Garthine Walker’s discussion of how gender continues to structure our academic workplaces and the need for us to call out conscious (and unconscious) gender bias. She insisted that all members of academic staff need to do teaching, admin and research. Too often, still, women land roles in pastoral administration and the larger teaching roles because of assumptions about the value of ‘feminine’ attributes in student-facing roles. Her paper argued that all academic colleagues should be involved in these areas regardless of gendered stereotype. As she proclaimed ‘We are all equal before the REF’. Refreshingly, she also argued that the negative connotations of parenthood in academia need to be addressed. Far from being a distraction, she argued that parenthood can enable us to be more focused in all areas of our jobs.

Similarly, Maggie Andrews argued that greater valuation and recognition needs to be given to admin. Building on her work as a historian of the Second World War and of the home, she argued that the housewifery aspects of our jobs are marginalised and devalued at departmental and institutional levels. She defined university housewifery as ‘the mundane, the everyday, the apparently ordinary’. The significance of her term rested on how, historically, being a housewife has been devalued and often overlooked. She noted that the devaluing of university admin as housewifery impacts negatively on whoever is shouldering its burden, whether male or female. Her rally cry then was that ‘We need to stop housewifery being the academic world’s Cinderella’.

It was interesting to compare these two papers with Uduak Archibong’s presentation. Archibong, together with the University of Bradford and other academic partners, is involved in the project GENOVATE, which ‘aims to transform organisational cultural for the advancement of equality of opportunity for men and women in research and innovation’. Moving from department politics to institutions, she argued that gender equality is impeded by two things. Firstly, there is a mismatch between what senior management think is the gender climate of their organisations and the experiences of people on the ground. Secondly, ‘gender fatigue’ means that universities rarely have the ability to think about how they are gendered spaces because of the idea that the workplace should be gender neutral. The off-shot is that gender discrimination is rarely called out because it is perceived to be an individual problem rather than an institutional one. Accordingly, universities rarely address gendered issues at a structural level, certainly not until external organisations, such as funding bodies, ask them to prove that they embody specific equality and diversity requirements.

Together these papers were a refreshing discussion of gender in the workplace. It is unlikely that we continue to experience overt sexism and misogyny of the kind prevalent in years past. But we still live in a gendered world which creates specific ideas about how we should behave and about our roles. As Judith Butler notes, gender is a performance; one we are assigned from birth but also inhabit. Therefore, universities have an obligation to protect us not only from un/conscious ideas of how men and women should behave, but also from our own internalised understandings of our gender position. When I was a third year undergraduate my feminist philosophy lecturer argued that we wouldn’t know gender inequality until we started work. Sadly, I have found that there is some truth in her statement…

Tweets from the conference can be found at #Bradgender

Part two of this post will look at the panel that I helped organise on teaching gender. Keep your eyes peeled.

2 thoughts on “Reflections on ‘Is Gender Still Relevant?’ Part 1”