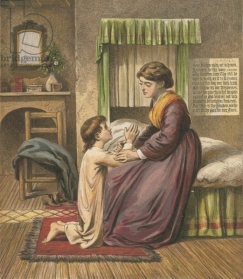 This one day symposium will explore the ways in which households were made, conceived and experienced as religious spaces in modern Britain. Religious faith was not tied only to formal sacred spaces in this period. The home also acted as an important site for formal and informal religious practices. Religious worship and observation had several domestic elements, from activities such as prayer and personal reflection to the reading of religious texts. Meanwhile, the display and use of religious objects could signify and reaffirm a household’s religious identity. Papers at the symposium will consider the following questions: how were modern British homes imbued with religious meaning? How was religion a lived experience in the domestic sphere? In what ways were homes spaces for everyday religion? Why should scholars investigate the relationship between domesticity and religious belief?

For more information on the day, including…